The Des Moines Register has a feature of interest: "Old Time Photo". We at OMR are keen on anything interesting out of the Dead Moines, and these are the Mannix picks from their nice collection. 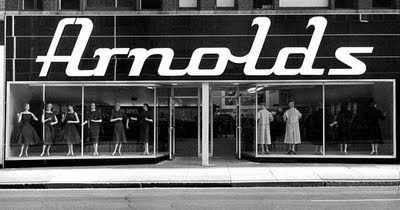 I tried to manufacture a memory of this joint, but I must have confused it with FRANKEL's, where Otto and Otto's brother purchased Levi's jeans. 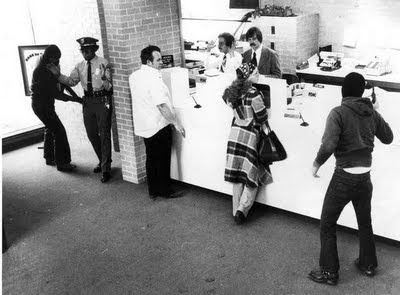 Sometimes ya gotta suit up and rob a fuckin' bank! 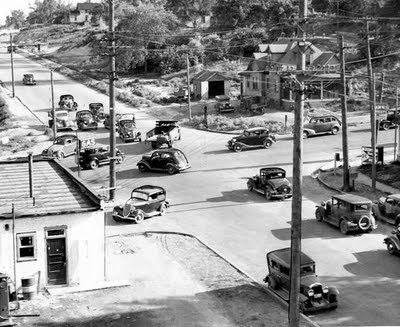 University Avenue and some other dumbass street. 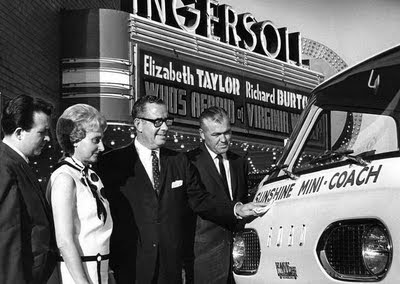 The Ingersoll Theater. Damn, what movies did i see there? The Poseidon Connection, Jawsquake, or Invasion of the Close Encounters? Aw, it's all a blur... However, i see the marquee, and recollect brother Mannix reveling in the comedy of that tragedy (but i always thought it was a lot of caterwauling). 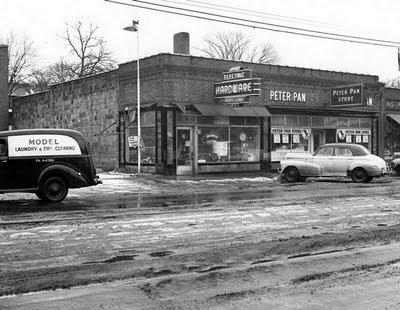 On a cold, grey, depressing day,
To spend the day, what better way,
Than to get yer ass up off the floor,
And dittybop o'er to the PETER PAN STORE????? 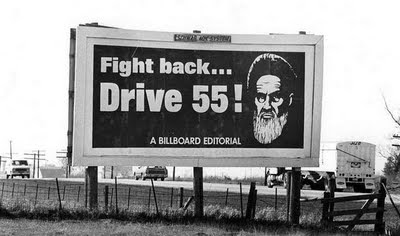 That mean old Ayatollah thought his little revolution would set us all to gnashing our teeth and driving around like maniacs, using up a lot of gas and killing ourselves in twelve-car pile-ups. But dammit, this'll show him! 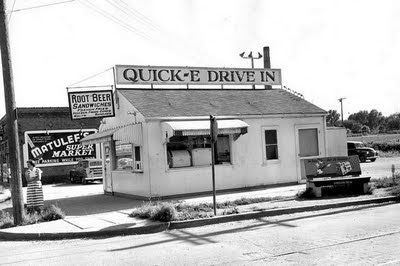 Otto's lips are sealed on this one. 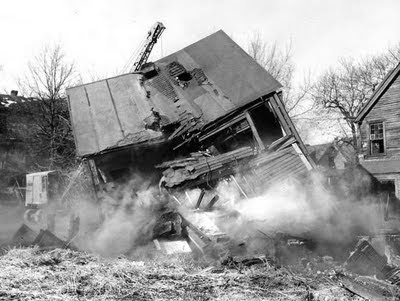 This house was razed to make way for the Veteran's Memorial Auditorium. On this spot, Ringling Bros. and every hard seventies rock band blew us all away. Otto personally witnessed Thin Lizzy, BTO, Slade, BÖC, Ted Nugent, Cheap Trick, Black Sabbath, etc, perform valiantly and rock our worlds on that sacred acre! 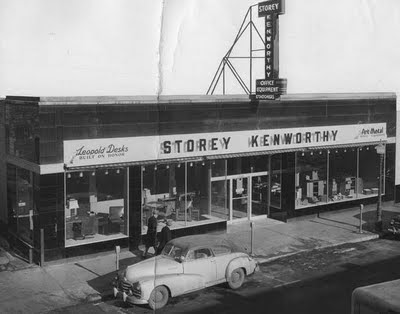 Killer storefront, but uncomfortable name. And Leopold Desks "Built on Honor" is a bit forced. And to the right, "ART METAL", that's the subgenre of rock music that never really caught on. 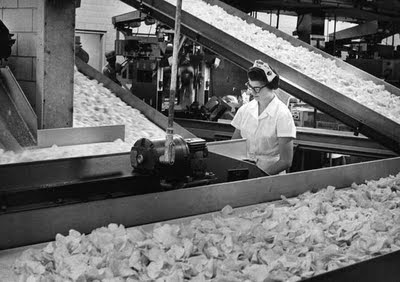 "Let the chips fall where they may!" This tireless worker is keeping the quality under control at the HILAND POTATO CHIP company. How that solid bastion of midwest wholesomeness went belly up is a mystery to scratch heads over for the rest of time!!! 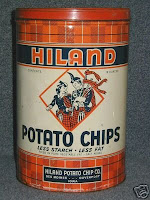 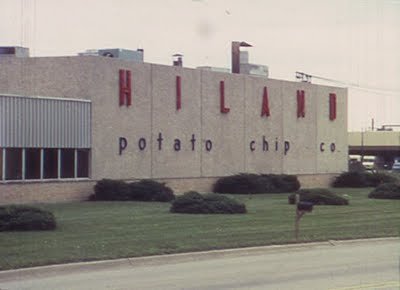 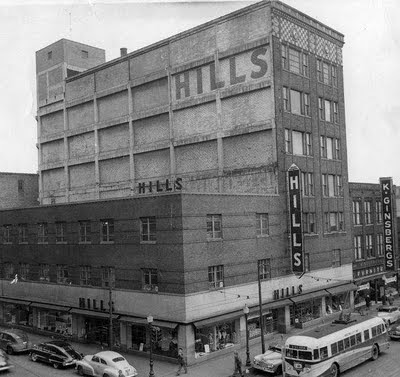 This looks like a very boring experience. Plastering their name around FIVE times didn't help, but perhaps if they had included an apostrophe things could have gone differently! 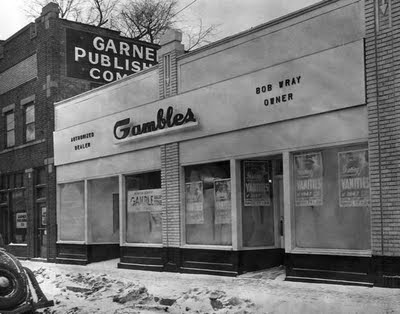 You just might walk out a WINNER, then again... 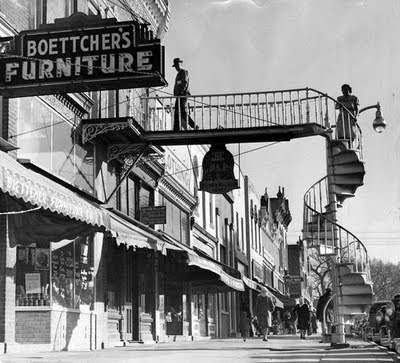 The external stairway is so wacky that it demands your business. Why wasn't this a more common feature of retail stores? Well, i guess it's fairly obvious. But if you look closely, there is a Sherwin-Williams sign just beyond/below. "COVER THE EARTH", one of the great slogans of American enterprise. And what about their strange totalitarian image of the earth with a big paint spill running down? Almost kinky when you stop and thinky! 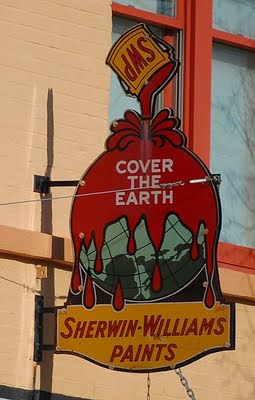 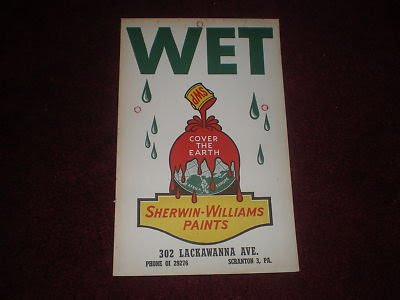 Otto Mannix
a bit player in the movie of my own life.